La Face is an animated short film (in production) that tells the dark and ironic story between a group of jesters living in a surreal environment.  These jesters lived in a crumbled space but despite the close physical distance, hated each other, and can always have a good laugh over someone who
makes a fool out of himself or herself. The film will be rendered in mainly black and white with limited accent color.
The visual style of its characters is inspired by commedia dell'arte; however the environment will be very surrealistic,
which is inspired by Balance and Ident. This film will also involve lots of dancing and complicated facial animations.
More updates are coming ... 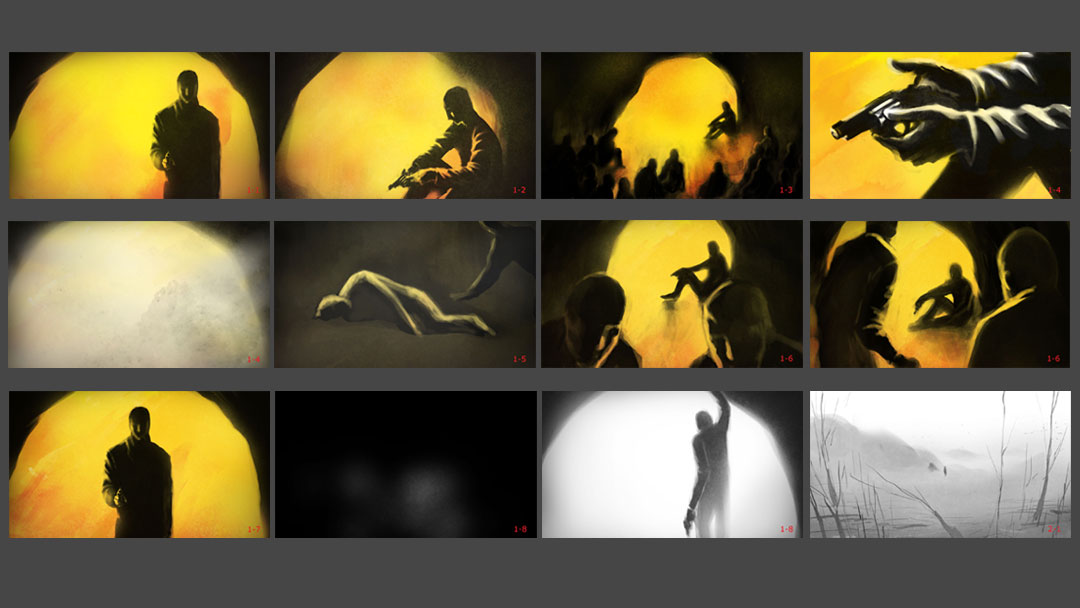 Veritable Red is a short short that tells a heroic story of Edward Pulaski saving 40 men in War Eagle Mine during the great Idaho fire of 1910. One forester named Stahl described the fire as "truly a veritable red demon from hell." After the incident, Pulaski invented a more effective firefighting tool called the Pulaski Axe, still used today by Trail Crews and the US Forest Service.

During the internship in Hi-Rez Studios, I've worked on character designs for two leaders from THE TRIBES UNIVERSE, got tons of feed backs while working on this project,  also met some amazingly talented friends there.